The story of this cigarette butts paddleboard or “buttboard” goes back to 2017 when the first-ever I Land Sound festival had just come to an end.

Despite the densely placed trash bins, a carpet of cigarette butts covered the entire festival area. Picking them up by hand took days and was extremely frustrating and only a temporary solution to the problem. Realising the work we had done and the seriousness of the situation, we knew we had to find a convenient way to collect them. It was clear that it was the smoker who has to take care of their cigarette butt and that everything needed must fit in a pocket. Thus came the idea of a portable ashtray which was as crucial in the organisational side of the next year’s festival as the existence of toilets. By I Land Sound 2018, the pocket-sized, heat and odour resistant, and reusable cigarette butt container Kops was born. We now hand out this personal trash bin to smokers on behalf of the festival every year and the situation has improved noticeably. 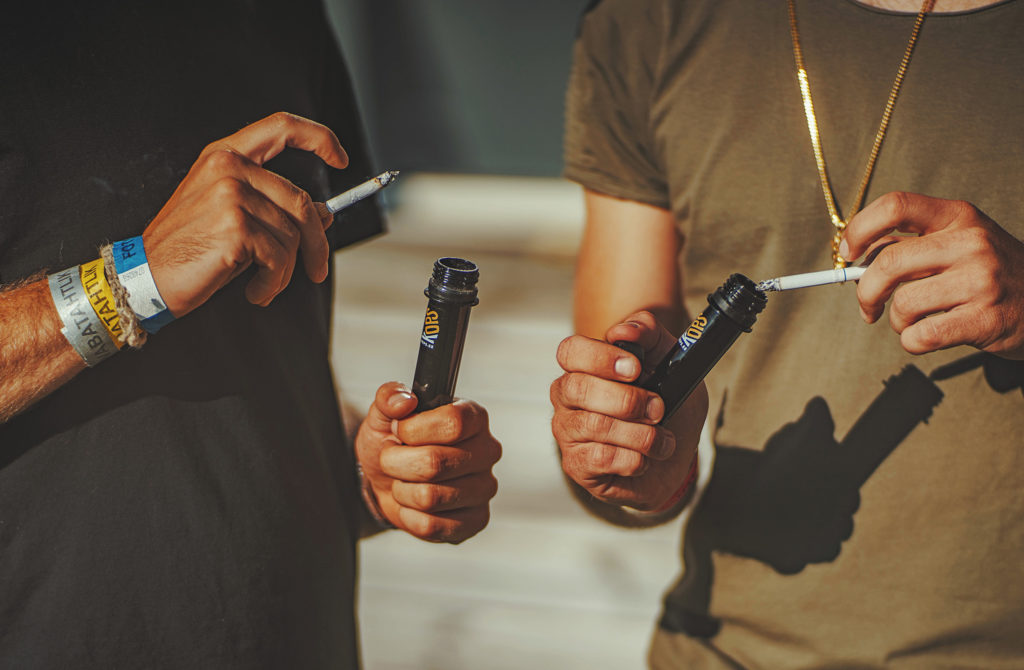 However, in the process of finding and promoting a suitable Kops, it became clear to us that the biggest cause of the large-scale cigarette butt pollution is the lack of smoker’s awareness. There’s a widespread misunderstanding that they compost in the environment like any other natural component, and therefore people don’t often even think of them as litter. Yet, a cigarette filter is made of a plastic material that decays very slowly in nature, taking between 6 months and 15 years to degrade, and risks being mistakenly eaten by animals, birds, fish, and eventually us. For this, cigarette butts have become the most common type of litter on earth, and the biggest sea contaminants. An estimated 4.5 trillion cigarette butts are discarded into nature every year, with a weight of 500 000 tonnes.

In spring 2019, just before I Land Sound’s third edition, another good idea struck us.

As the festival-goers collect their cigarette butts into Kops, it’s an excellent opportunity to start collecting all the cigarette butts together. We wanted to turn them into an eye-catching item, which would attract attention to this problem, help raise awareness and guide people towards more environmentally friendly consumption habits. Thus, we built 15 cigarette butt collection points from old window frames and soup jars and managed to collect 5,1 kgs of cigarette butts at I Land Sound 2019, which is about 29 000 pieces. Our festival takes place in Saaremaa, the biggest island of Estonia. Thus, inspired by water and breathtaking views, we decided to make a unique paddleboard from the butts. We used them as a covering material, which, on visual inspection, forms a profound message. This buttboard is a tangible endpoint for the number of butts that could have easily ended up in the water, because of sloppy behaviour, and harm the living beings there. Butts are litter, don’t throw them on the ground! 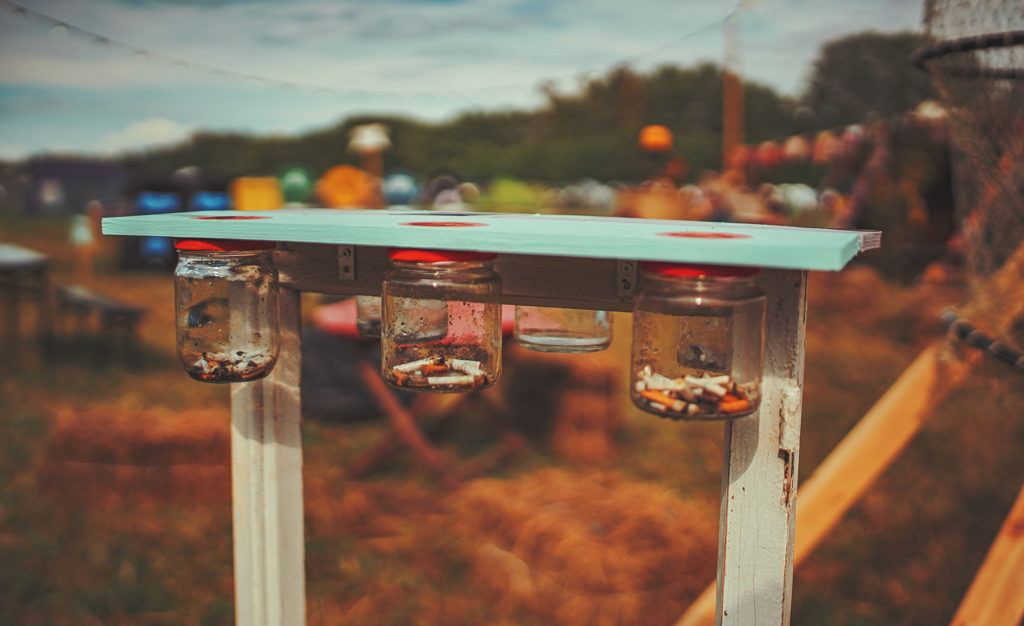 Now you know, tell everyone to help spread the message as far as possible.
I Land Sound team

Since its birth in 2017, I Land Sound has valued highly environmental sustainability. On its third happening year in 2019, all eco-friendly practices were brought together under the banner of ‘I Land Green’, making it the official environmental project of the festival. Their efforts have also been recognised as Saaremaa County has honoured the festival with two acknowledgements: “A Green Action 2018” and “A Person/Act of the Year in Tourism 2019” awards (incl. sustainable tourism). In addition, in January 2020, I Land Green received the People’s Choice Award within the “Environmental Act of the Year 2019” recognition, organised by the Ministry of Environment of Estonia. The festival aims to set an example to and raise the consciousness of, the guests and other public events toward more sustainable consumption habits.

What are biodegradable plastics? The need for a clarified terminology